Follow the journey of the Oklahoma City Community Foundation and learn how we continue to grow philanthropy to meet the changing needs of our community.

Oilman and philanthropist John E. Kirkpatrick and eight forward-thinking community leaders took a bold and pioneering step and founded the Oklahoma City Community Foundation in 1969. They embraced the innovative idea of securing lasting charitable support for the community through endowment. Spurred into action by the National Tax Reform Act of 1969 that imposed new restrictions on private foundations, the group created a public foundation for the community.

Designed to meet the test of time, the Oklahoma City Community Foundation was modeled after the Cleveland Foundation, one of the oldest and largest community foundations in the country. From its beginning, the Oklahoma City Community Foundation has operated within a system of checks and balances that ensures accountability and good stewardship. Its structure allows the organization to adapt to the changing needs of the community and to ensure the donor’s intent is preserved.

The first year of operations ended with net worth of $45,299 from one gift.

In celebration of our 10th anniversary, John and Eleanor Kirkpatrick offered the first Kirkpatrick Match Challenge to help charitable organizations grow their endowment funds and attract new donors. The match raised nearly $740,000 that the Kirkpatricks matched dollar for dollar.

1980-89
Following his death in 1981, Oklahoma oilman William T. “Bill” Payne gifted his company Payne Petroleum through his will to establish an advised fund. The gift more than doubled the Community Foundation’s assets.

In 1985, Nancy B. Anthony became the fourth executive director, and also the Community Foundation’s only full-time employee.

Through a recommendation from their professional advisor, William and Margaret Davis established the first affiliated fund in 1987 following the sale of their food distribution company.

After operating out of the back of the Kirkpatrick Oil Company at 1300 N. Broadway for 18 years, our staff of two full-time employees moved to an office at 115 Park Avenue in downtown Oklahoma City in 1987.

In 1991, we received a $1.5 million gift from the estate of Oklahoma City schoolteacher Margaret Annis Boys. Before her death in 1990, Miss Boys included the gift in her estate plans with the instructions to create a permanent endowment to beautify public lands in Oklahoma County. The Margaret Annis Boys Trust was established, along with a grant program and an advisory committee of citizens knowledgeable about landscaping and the care of public land.

In 1992, the Trustees developed the organization’s first long-range plan, developing the mission statement and changing the bylaws to increase the number of Trustees from the original nine to 12.

Trustees launch the Community Foundation’s first major program initiative in response to a community-wide need for positive activities for youth during non-school hours. The After School Options (ASO) Initiative brought together civic, religious and government entities to create programs that exist today.

In 1995, we moved our office back to 1300 N. Broadway. A few months later, the bombing of the Alfred P. Murrah Federal Building in downtown Oklahoma City occurred. Our community’s tragedy became the nation’s tragedy and contributions of support immediately poured in. Because of an existing relationship with area nonprofit organizations, we helped coordinate the community’s response, resulting in an expansion of the traditional services of the Community Foundation.

In 1998, the Trustee Scholarship Initiative was launched to help more students in central Oklahoma attend college. The initiative awards scholarships to students and provides free training and resources for high school guidance counselors.

In 2001, our number of Trustees increased from 12 to 15 to accommodate expanding responsibilities.

To address a shortage of qualified nurses, we established the Nurse Education Program. Today the program offers scholarships to third and fourth year college students enrolled in a nursing program, as well as practicing registered nurses who are pursuing a nursing-related bachelor’s degree.

In 2003, we launched DonorCentral, an online reporting system that provides donors with 24/7 access to their endowment fund information, as well as the opportunity to recommend grants online.

During a long-range planning session in 2004, the Trustees addressed the need for a new office facility to accommodate more services for donors and a growing staff. When construction for the new facility began at 1000 N. Broadway Ave., it was the first new office construction along Automobile Alley in four decades.

Our founder, John E. Kirkpatrick, would not live to see the completion of the new facility. He died Oct. 3, 2006, at the age of 98, leaving behind a legacy of generosity that will impact the community for generations. The family’s history of giving continues through the Kirkpatrick Family Affiliated Fund that is now led by his grandson, Christian K. Keesee. 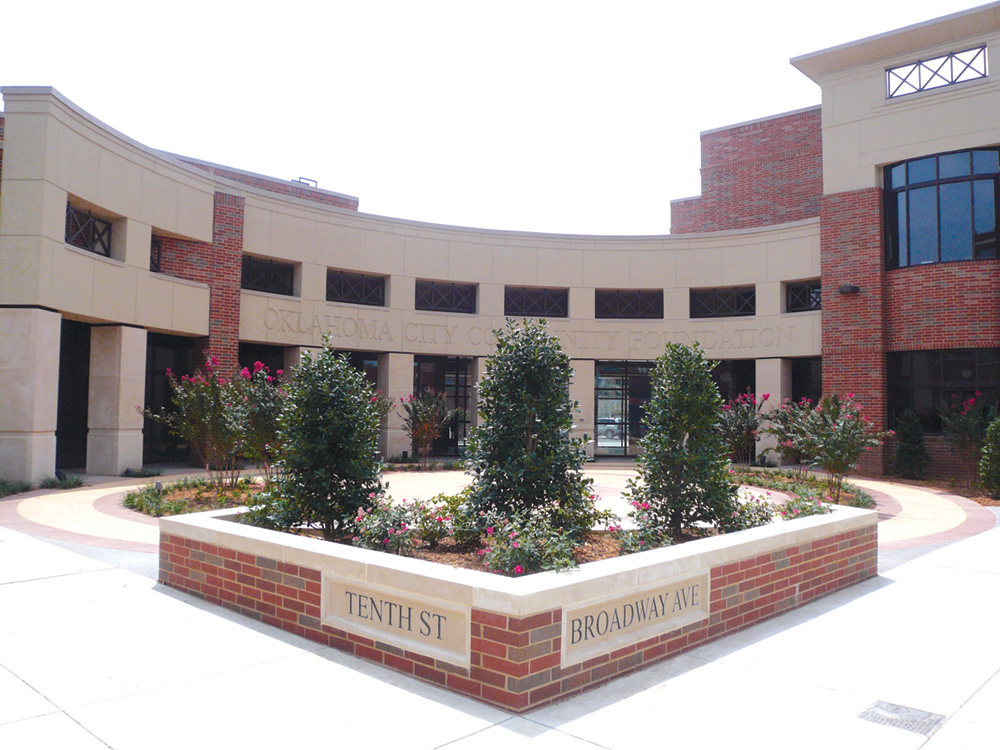 In 2007, our staff of 27 employees moved to our new home in Automobile Alley. The 18,000-square-foot facility offered nearly 9,000 square feet of public space available for use by nonprofit organizations and community groups.

To mark our 40th anniversary in 2009, the Trustees provided support for several key projects including Get Reading Oklahoma, an initiative to assist Oklahoma adults in improving their reading, writing and math skills.

2010-16
The introduction of the iFund Grants Program in 2011 provided an opportunity to help meet community needs in three areas: Access to Health Care, Opportunities for Children and Services for Elderly.

In 2012, we partnered with GuideStar to launch GiveSmartOKC.org, a free website providing information about central Oklahoma nonprofits.

Following the devastating storms that struck Oklahoma in May 2013, we reactivated two funds to facilitate gifts to assist with the recovery efforts. Our experience with disaster recovery enabled us to help coordinate funding for long-term disaster-related needs with area nonprofits.

In 2014, we celebrated our 45th anniversary with assets reaching an all-time high of $810 million. Trustees launched a five-year long-range plan identifying strategic direction and goals for the organization.

Through our Parks & Public Space Initiative, we funded the Oklahoma City Parks Master Plan to identify strategic directions of growth and provide recommendations for the funding, maintenance and improvement of Oklahoma City public parks.

Trustees launched the Wellness Initiative to meet community needs around physical activity, good nutrition and healthy lifestyle choices. In addition, we created the GetMovingOKC website providing a calendar of local events and resources to help citizens in central Oklahoma be more active.

In Fiscal Year 2016, $34 million in grants benefited 1,800 charitable organizations and the thousands of individuals they serve. In addition, $1.5 million in scholarships helped 600 students further their education. This impact in the community was made possible through $44 million in gifts from 1,700 donors. We ended the fiscal year with $849 million in assets.

The Trustees announced plans to expand our office facility, allowing us to continue to meet the growing needs of our community and providing more meeting space for charitable organizations.

To ensure the scholarship funds we administer yield award amounts that keep up with rising tuition costs, we offered a match for gifts to scholarship funds. More than 500 donors contributed to the match, adding more than $770,000 to 82 scholarships.

We convened a group of community stakeholders and hired a nonprofit research organization to conduct a Comprehensive Needs Assessment for the Oklahoma City area to identify needs, capacity, connectivity of resources and potential solutions for our community’s most pressing issues.

In May 2017, we broke ground on our building expansion project that will provide more meeting space for charitable organizations in the community. With an expected completion date of May 2018, the 15,000-square-foot addition will connect to the Community Foundation’s existing building at 1000 N. Broadway Ave.