When John Kirkpatrick created the Oklahoma City Community Foundation in 1969, he spelled community with a capital C because he wanted it to involve everyone. To him, it didn’t matter whether donations were large or small. What mattered was that the entire community was united in their support because those are the communities that are strongest.

We’ve accomplished many things during my 38-year tenure at the OCCF, but when I step down as president at the end of June, I will take the greatest pride in the fulfillment of our founder’s vision.

An average of 3,000 donors give to the Oklahoma City Community Foundation every year. Those donations vary in size, and they even vary in shape. In addition to monetary gifts, donations come in the form of stocks, bonds, real estate and even oil wells from time to time.

We love the fact that so many are participating in the OCCF’s commitment to making a difference in so many ways. The OCCF supports more than 370 charitable organizations, ranging from the Mary Abbot Children’s House to the El Reno Blessing Basket and Oklahoma FCA. Our funds support the arts, medical research, public parks, wellness initiatives and many other interests.

Through our charitable organization endowment funds, we generate a combined $12 million annually. Each fall, money is disbursed to these organizations with no strings attached or fundraising campaigns required. They just stop by the Community Foundation and can pick up their checks. That’s the power of community.

OCCF’s scholarship program has had an equally dramatic impact. Each year the Community Foundation provides more than 200 scholarships worth nearly $3 million to some 800 students from a variety of backgrounds. This program has gained momentum over the past 53 years, driven by donors who value higher education and want to pass the gift of learning to the next generations. Their generosity has resulted in the largest collection of private scholarships in the state.

There is truly something for everyone, but if a donor has an interest that is not already on our list, they can establish a new fund, and we’ll manage it for them.

When I arrived at the OCCF in 1985, we had $19 million in assets, and I honestly believed that if we could reach $100 million, that would be an accomplishment. Today, the Community Foundation’s holdings have grown to more than $1.5 billion, which proves Mr. Kirkpatrick’s vision.

But our founder had a challenge on his hands in 1969. Traditional foundations were established for the wealthy, and most weren’t aware of how community foundations worked, but after some years of persistence, people began to realize the OCCF is not a typical foundation. To contribute, all you need is a vision for how you want to help the community. After that, any gift makes a difference, and if you don’t believe it – just look at how far we’ve come.

OKLAHOMA CITY – Trisha Finnegan has been named President and Chief Executive Officer of the Oklahoma City Community Foundation, which works with donors across the region to create charitable funds that benefit the community. She succeeds Nancy B. Anthony who led the Community Foundation for 37 years.

“With 20 years of experience across the public, private and nonprofit sectors, Finnegan brings a commitment to innovation, collaboration and place-based investment to address community needs,” said Oklahoma City Community Foundation Chairman T. Scott Spradling. “As President and CEO, she will continue to enhance the Foundation’s relevance as a trusted philanthropic partner and strive to increase and use its assets to impact and benefit the community.”

Finnegan was hired after a nationwide search conducted by Kittleman & Associates. She comes to Oklahoma from the Community Foundation of Louisville, where as Chief Strategy Officer and Senior Vice President, she consistently secured funds and partners to extend that Foundation’s reach and elevate important issues across sectors. This work not only attracted new support, but also increased visibility and extended relationships leading to increased investment and fueling community change alongside partners, grantees and donors.

Prior to joining the Community Foundation of Louisville, Finnegan held roles across multiple sectors, including work with social ventures, charitable organizations and fortune 500 corporations. She is excited to bring this depth of expertise to her role at the Oklahoma City Community Foundation.

“With a diversifying population, growing economy, and deep community pride, Oklahoma City continues to rise. As the Community Foundation’s next President & CEO, I will have the tremendous opportunity to set a course for the organization’s future growth, which is only possible thanks to the strong foundation created by Nancy B. Anthony and all current and previous trustees and staff,” said Finnegan. “With the support of the trustees, the commitment of the capable team, and the generosity of our donors, I look forward to the Community Foundation creating significant impact across Oklahoma City and beyond.”

Finnegan has a history of community service, and is currently a Board Member of the Community Foundations of Canada, Dendri Fund and serves on the Federal Reserve Banks’ Community Advisory Council – Eighth District. She holds a B.S. in Business and Organizational Behavior from Miami University in Oxford, OH, and completed a graduate certificate in Design Thinking and Innovation through the Darden School at the University of Virginia. 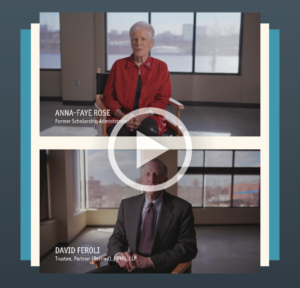 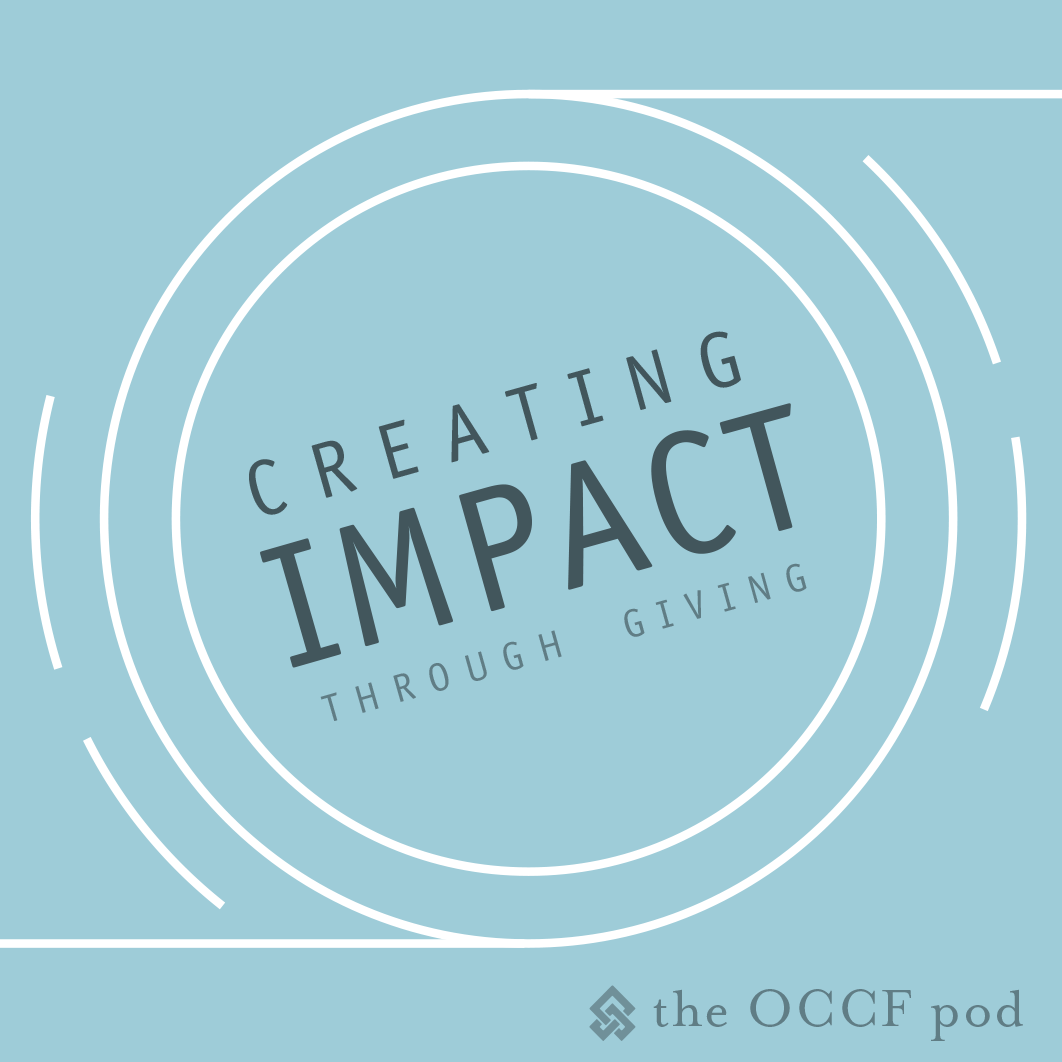 “Nancy, I really appreciate the opportunity to grow professionally and personally. There is no end to the thanks and appreciation.” – Anna-Faye Rose.

For 37 years, we have learned, grown and made a difference under the guidance of our fearless leader, Nancy B. Anthony, but all good things must come to an end. As we prepare for her retirement later this month, we want to say, thank you.